Finding underserved areas and filling the gap through time and money.

Connect With Other Members | Be Fulfilled | Make a Difference With Kids 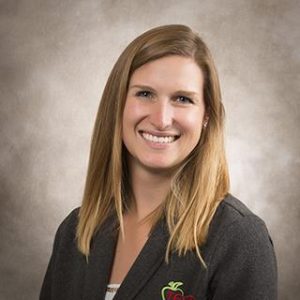 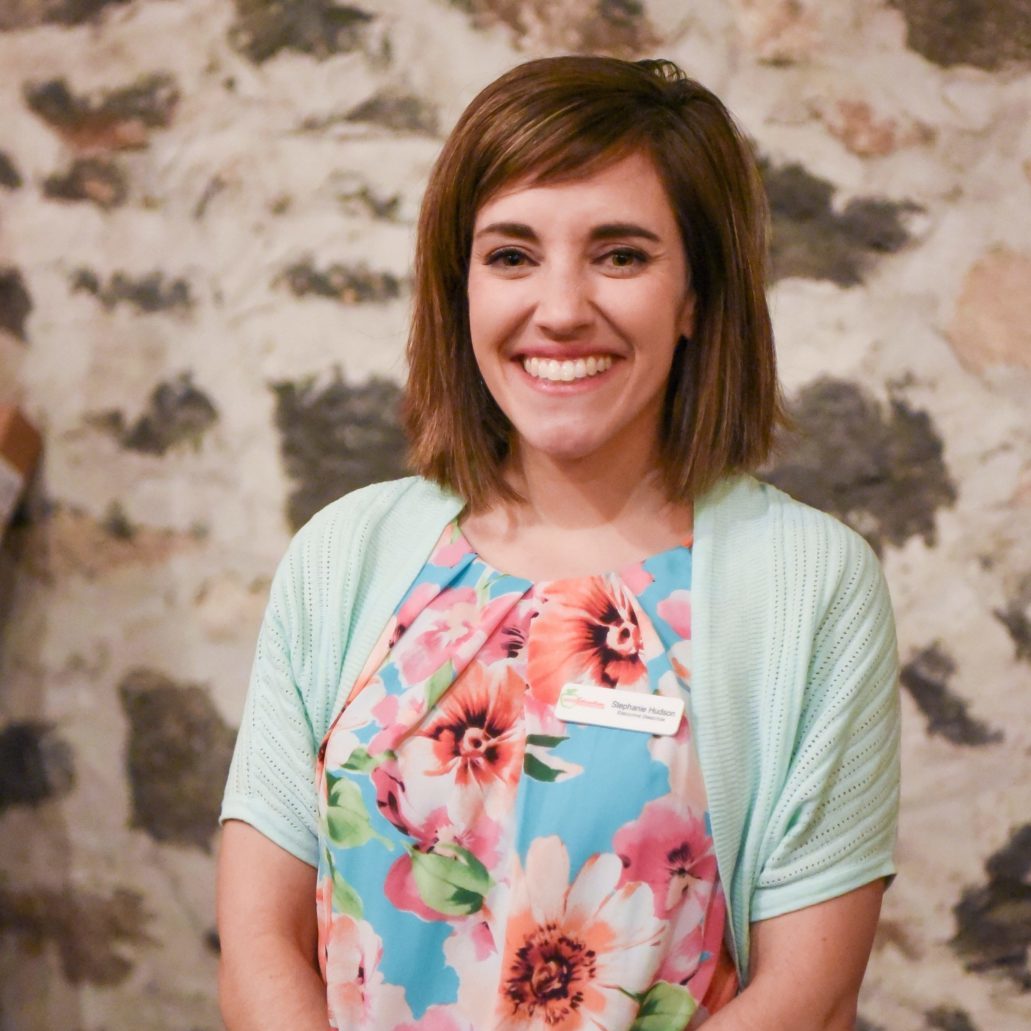 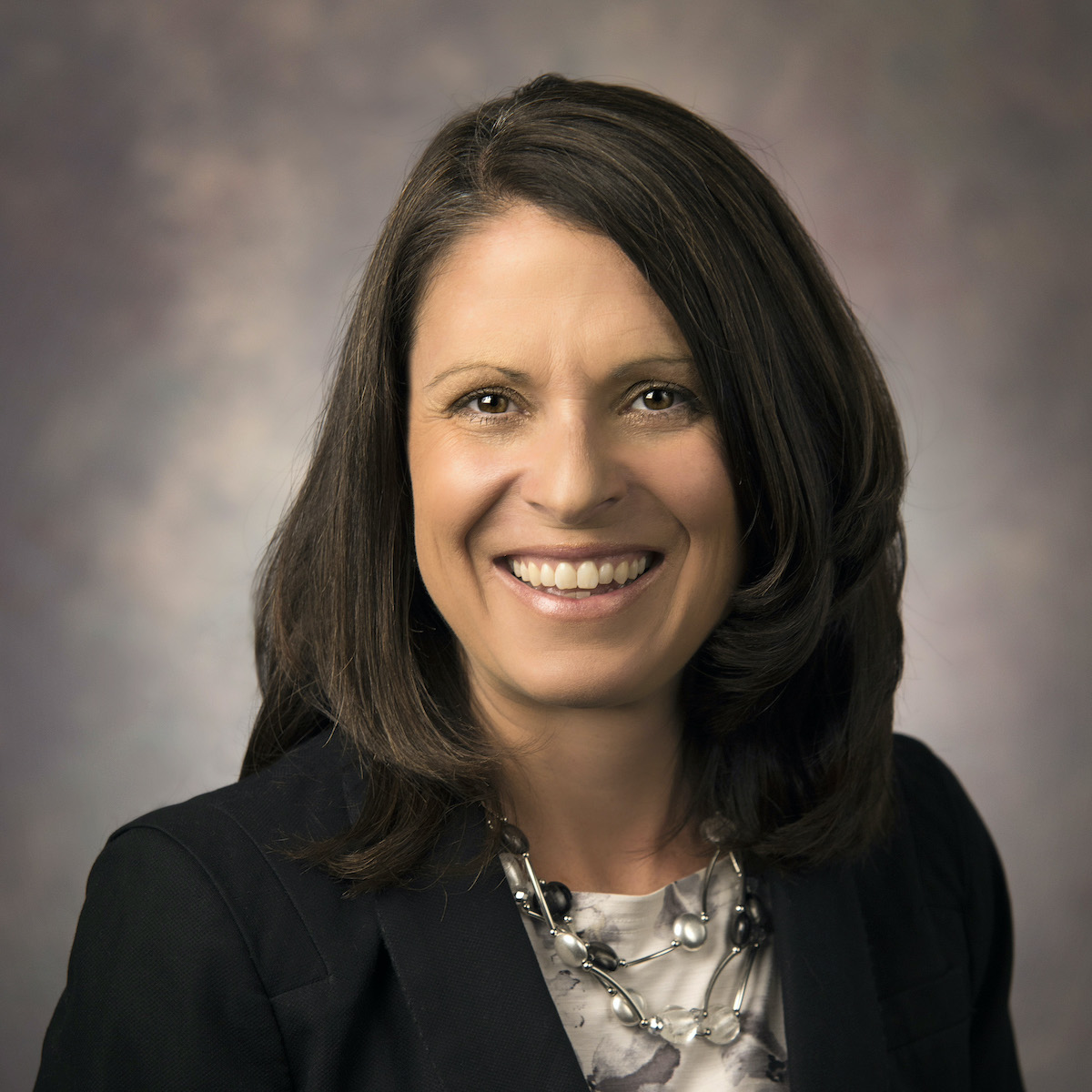 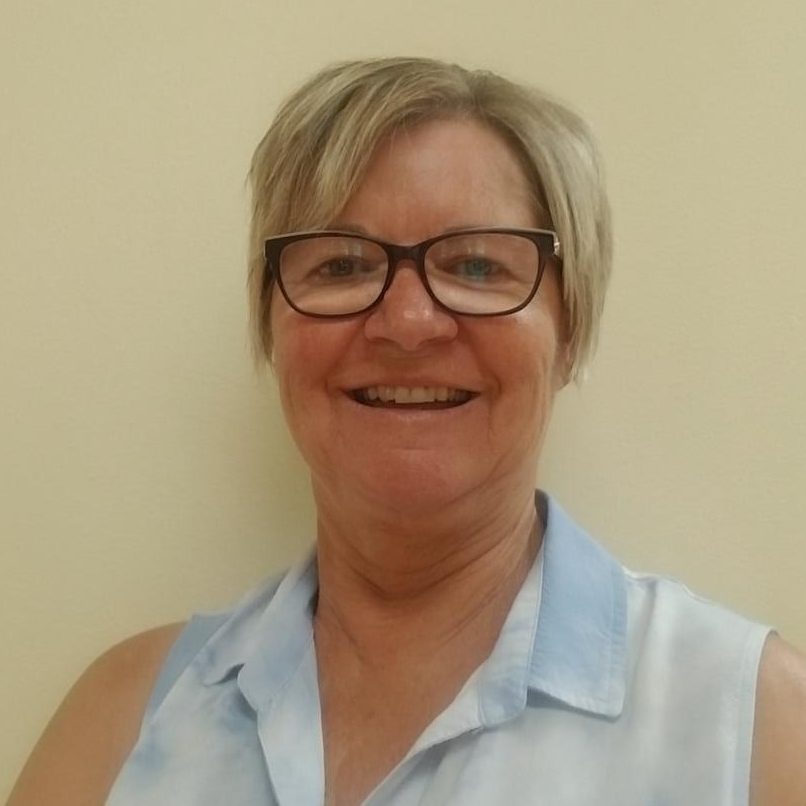 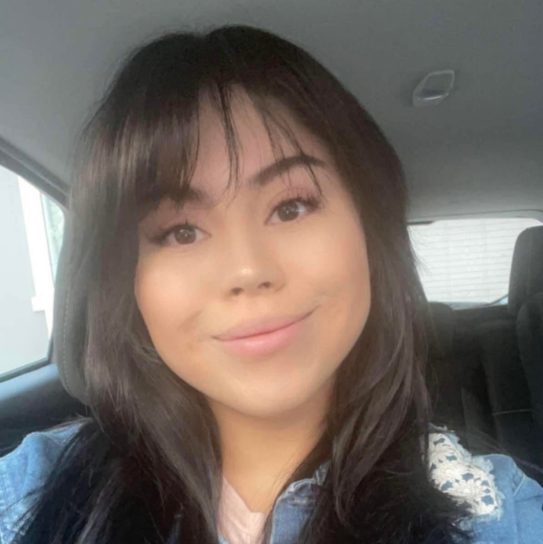 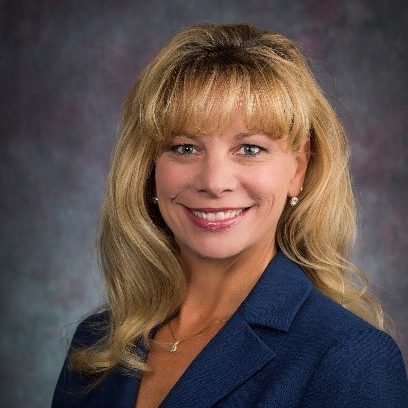 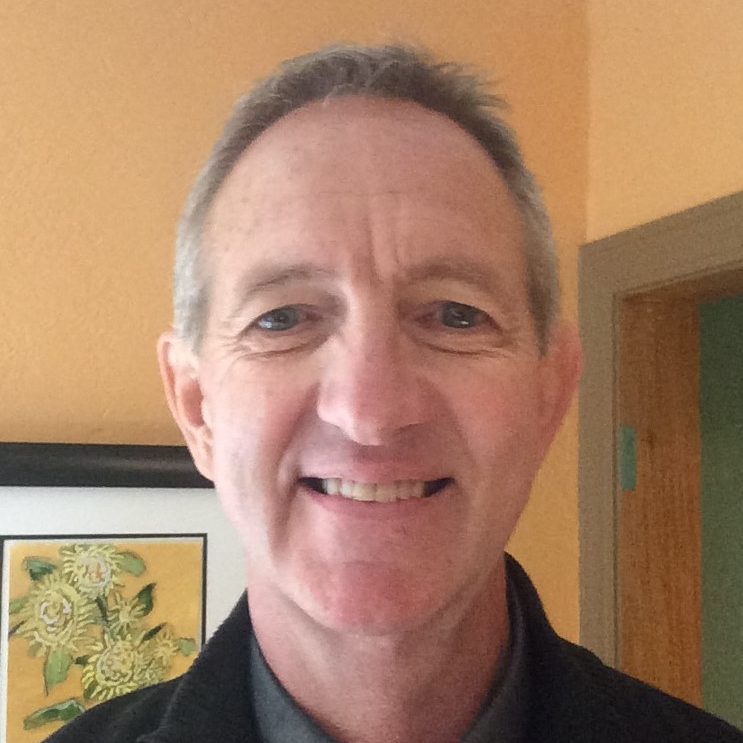 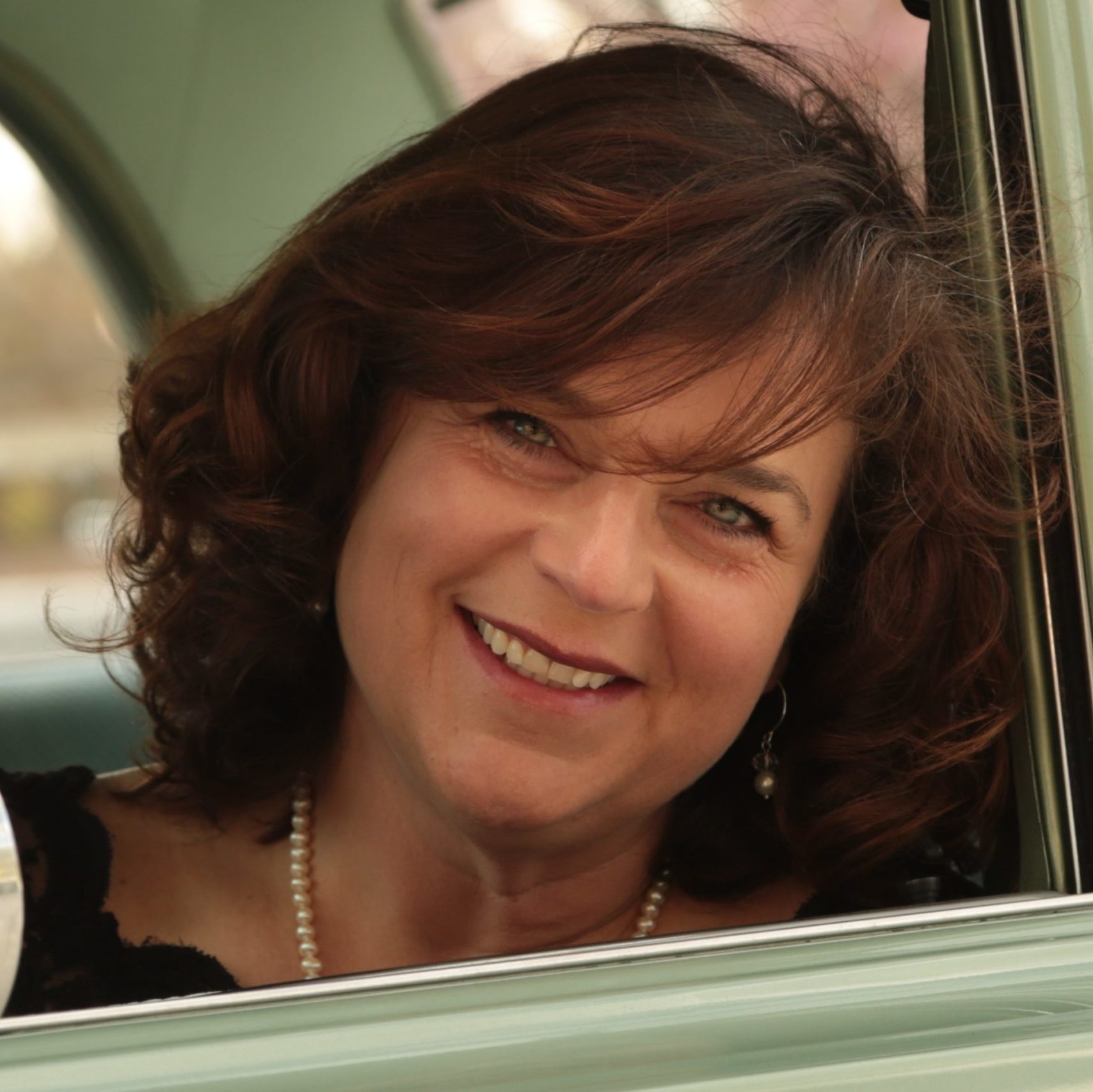 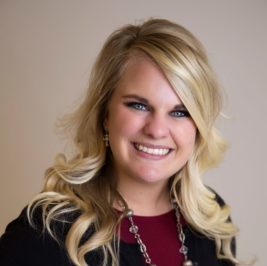 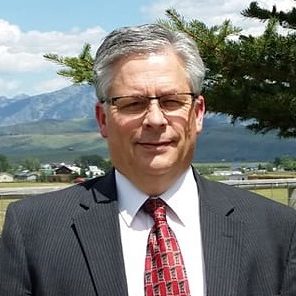 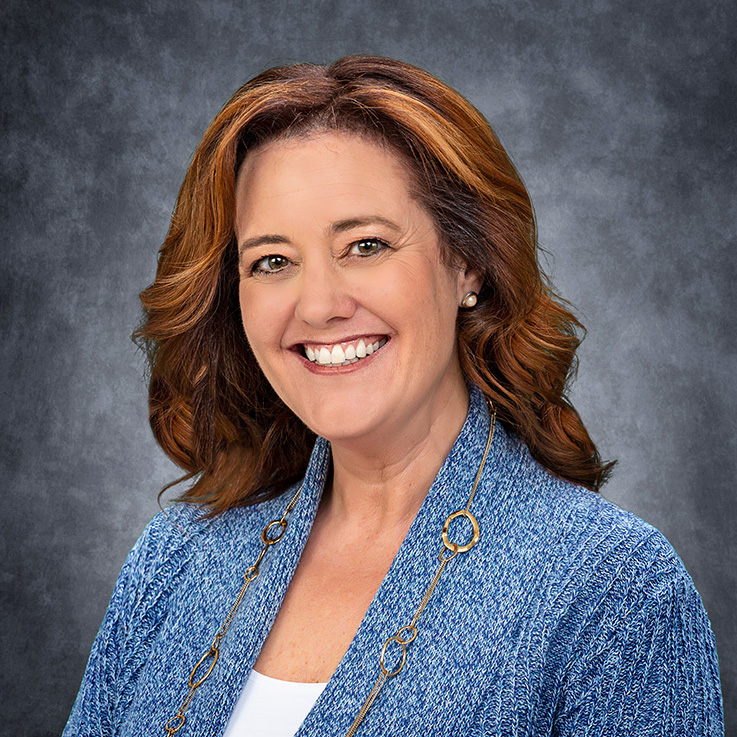 Eva Craner was born and raised in Buhl, Idaho and attended Boston University where she studied communications and public policy, with an emphasis on education policy inspired by her parents who both work in public education. Eva returned to Buhl in 2012 to marry Trent Craner, also of Buhl. She began working for the Twin Falls School District in 2014 and pursued a master’s degree from Purdue University shortly thereafter. Eva is 2nd vice president of The Optimist Club of Twin Falls, Idaho, Inc., serves on the Blue Lakes Rotary Board and Twin Falls Education Foundation Board, and is an ambassador for the Twin Falls Area Chamber of Commerce.

Eva is an avid outdoorsman and when she isn’t promoting public education you can likely find her on her paddle board, hunting, or riding her bike with Trent and their two dachshunds (yes, the dogs go on the paddle boards and wear life jackets).

Stephanie Hudson was born and raised in the Magic Valley, she grew up on a sheep and cattle ranch in Castleford. Following her high school graduation from Castleford, she attended and graduated with a Bachelor’s Degree from Boise State University. Stephanie returned to the Magic Valley with her husband Logan, a Filer native, to raise her family. Upon return, Stephanie found her passion for nonprofit work when she began her career at the Boys and Girls Clubs of Magic Valley. Stephanie is currently the Executive Director of the Twin Falls Education Foundation. Stephanie has two children, Lola (11) and Gus (9), most weekends are spent running her kids to various sporting events around the state of Idaho. In her spare time Stephanie loves to run, camp, and spend time with her two Labradors (Tinker Bell and Cabo).

Danae Klimes was born and raised in Wendell Idaho. Danae has been a member of the Optimist Club since 2002 and has held a nearly all of the offices within the Club. Danae is currently the Co-Chair person of the Coats 4 Kids project where the club delivers between 600-800 coats to area children annually.

Danae has worked in the Banking Industry for over 20 years in the Magic Valley and is currently a Commercial & Ag Loan Officer for DL Evans Bank.

Danae and her husband of over 20 years, Kelly have 2 teenage sons, Riley & Nolan.

Danae spends most of her free time chasing after teenagers to various sporting events or working with her family on the family farm, volunteering at her son’s school in Kimberly or serving on a number of different Boards including the RISE Charter School, Kimberly Booster Club and the Twin Falls Optimist Club.

Chris Stearns joined the Optimist Club in 1987.  One of the first women to join under new regulations allowing Women in Optimist Clubs.  She has held many offices, including President, Vice President, Secretary and Treasurer and has served on the Board of Directors. Chris also has held several office in the Pacific Northwest District Optimists including, Membership, Leadership and Secretary-Treasurer twice, hoping to get it right the second time around!

Chris and her husband Orlan, who is also an Optimist member, are retired and have 3 Boys, 10 Grandchildren and 3 Great Grandchildren.  Hobbies include gardening, landscaping, and classic cars.  They retreat to their home in Mesa Arizona in the winter months and are thankful for the friendships they have made through Optimism!!

I’ve lived in Twin Falls my entire life and have grown to love the community’s support towards helping others. I graduated College of Southern Idaho with two Associates in 2021 and became a full time Marketing Director along the way. Alongside that, I continue to keep myself busy by being a co-host of an amazing podcast with my best friend, my dad called “Sippin Tea with Joey & Marie.” I have a lovely fiancé and a beautiful 2 year old step-daughter that I truly adore. Being a part of the Optimist Club has been such an exciting accomplishment and I continue to put myself out there to continue helping the community in any way.

Dawn L. Soto is the Executive Director of the St. Luke’s Magic Valley Health Foundation. She is a recovering Banker of 25 years.

MA in Nonprofit Development and Philanthropy:
Univ. of Northern Iowa (Graduationed May 2019)

Dawn’s been married for 20 years with 3 kids: ages 28, 15, and 8.
Favorite Hobby: Kicking it with family and friends on “The Old Lady”, our 1999 Pontoon boat.
Life goal: to be a professional golfer (or maybe just learn to play better).

Dennis graduated from Twin Falls High School in 1975, received an Associate of Arts degree from College of Southern Idaho in 1977 and a Bachelor of Arts degree in Mathematics from Whitworth University in 1980. Dennis was the recreation supervisor with the City of Twin Falls from 1981 to 1996 and was promoted to director of Parks and Recreation for the City of Twin Falls in 1996 until his retirement in 2016. During his employment, Dennis oversaw the development and management of parks, recreation activities, canyon rim trails, municipal golf course, municipal swimming pool and all other activities and development pertaining to parks and recreation for the City of Twin Falls. Dennis has been a member of The Optimist Club of Twin Falls, Idaho, Inc. since 1982, was president in 1986-1987, and has held all other offices in the club. Dennis serves on the Twin Falls Community Foundation Board and Magic Valley Arts Council. He was a member of the Idaho Recreation and Park Association from 1983 to 2016, president of the association from 1999-2001 and held most all other offices in the association and a member of the Boys and Girls Club of Magic Valley from 1993-2000 and was the first president of the board from 1993-1995.

Anna is a community pharmacist and a member of the Board of Trustees at the College of Southern Idaho. In addition to the Optimist Club, Anna is a board member of the Boys and Girls Club of the Magic Valley, the Twin Falls Education Foundation, and the St. Luke’s East Region Quality, Safety and Service Excellence Committee. She is happily married to Dr. Chris Scholes and they have two children. Anna enjoys traveling, walking her dogs and working on community projects.

Bri Owen is the Director of Operations for the Boys & Girls Clubs of Magic Valley. Bri is a Magic Valley native, born and raised in Twin Falls. She is a TFHS alumnae and received her Bachelor’s Degree from the University of Idaho in 2014. (Go Vandals!) Upon graduating from college, Bri returned to the Magic Valley and taught kindergarten for two years at Popplewell Elementary in Buhl. In June of 2016 she made a career switch to return to the Boys & Girls Club where she had spent many years before, both as a Club member and staff member. Bri enjoys meeting new people and being active in her community. In her free time, Bri enjoys camping, kayaking, indoor cycling, and spending time with family & friends. Bri and her husband currently reside in Filer, ID with their 2 chocolate labs and their son, Callen.

Dan is a Certified Financial Planner at Elevant Wealth.  Dan received his Bachelor of Science in Accounting from the University of Utah. Dan is a member of the Magic Valley Estate Planning Council. He and his wife Tammy have been married for 37 years.   They are the parents of four children, two boys and two girls.  Finding time to have fun with 11 and soon to be 12 grandkids is always a priority. Dan has spent more than 30 years as a Boy Scout Leader and youth leader at church.  His served six years on the Twin Falls School Board, with three of those years as chairman.  Dan loves  spending time in the outdoors and playing games with the family. Being part of Twin Falls Optimists is a happy part of each week